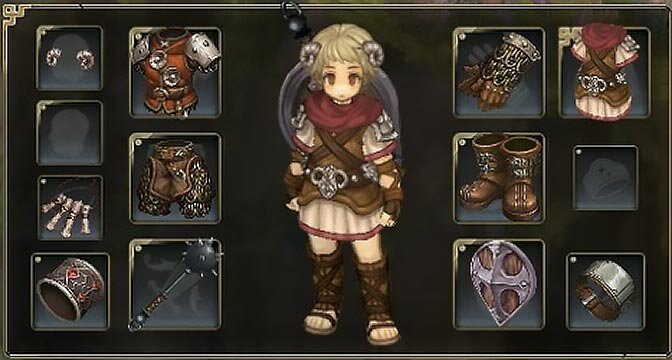 Tree of Savior Closed Beta Testers Mir and Mana has shared part 3 of their testing experience. Part 3 covers quest, party, enchanting items, boss cards, gems and etc. If you have not read part 1 and 2 (combined), please read them first.

Q: What do you think of the quests?

Mir: I think it is pretty balanced. Not too many, not too little. You do not just have to do the quests, you can combine it with some grinding as well. As least up until level 50 you can solo but it would be so much easier in a party. The orange flag quests are related to the story to Tree of Savior and they have to be done. The blue flag quests can be skipped. I did all orange and blue quests.

Mana: I was doing as many as I could figure out but I leveled up too quickly (probably because of exp events) that the next 2 maps were far too easy. I would overkill everything on the 1st floor of the dungeon. I skipped most the blue flags and explored the map till I got lost. I had to backtrack to find the orange flags I had missed.

Q: What can you tell us about party play?

Mana: Actually I never did it. I never had the need too. There were only 3,000 players spread across 20 odd channels in the first 2 days so we did not see many other players around. I played on channel 13.

Mir: I’m not sure how much we have to say on this. I played on channel 20 on purpose so I would not want to be near archers. The servers kept going down every time we played near them. They fixed that quickly but I did not join a party till the 3rd day.

Mir: If you make a party from the very beginning you would level up so quickly. It was really convenient. I never made the party myself but I joined when asked and we went hunting or on a quest. It felt like we leveled up so much quicker in a party than not. It’s hard to say. I was not sure how exp was distributed within the party. There were exp events going on so there were other times we leveled up quickly. there were not any bosses or quests where we absolutely had to party but it was interesting doing them together. It seems like one of those things we really could not get the real feel of though.

Mana:  When you click on a character it gives you a menu. Things like trade, party and message. When I was trying to sell equipment I kept clicking on people running past in the background. Accidentally asking them to party. I hope that gets fixed.

Q: What did you think of enchanting items?

Mir: Enchanting was expensive, especially to +4 on accessories. Also, the jump in ability was not big, so it did not seems worth it. We bought ours at the market. Since we were not top players we could get them easier and cheaper.

Q: Did you get any Boss cards?

Mana: No, I had no idea about this at the time.

Mir: Yes, I got about 5. They are a rare drop from defeating bosses. But first you have to get the album for collecting cards from a chest (you need to find the correct level key to open the chest). I did not know much about them at the time either so I’m not sure what to do with them other than to collect them.

Q: What are the Gems for?

Mir: Put them in equipment and there are various options to improve them. like
Strength, dexterity, defense etc.

Q: Is there anything else that surprised or interested you?

Mana: Shiny’s! The mobs that glow will drop a treasure trove of silver and items. I found 3 but the game crashed on the 3rd one while the silver piled out.

Mir: I found 4. I think they were part of an event.

Mir: I found a hidden map in the first dungeon. That was interesting. The mobs were all level 113 – 114! Way to high for me. I almost did not notice until I saw I was only doing 1 point damage.

Mana: Haha. The main part of that dungeon was only about lvl 20! It was a very buggy area. Trying to stand in the right place to turn the valves.

Mir: The ranking system was quite interesting you could see how far others where in different areas of the game. maps, quests items and such.

Mana: You can strengthen your skills at your classes master.

Mir: Although this is not part of the game, I want to point out that most of the 3,000 CBT testers seemed to be first gen players of Ragnarok Online. That would put most of them in their 30’s where as I think Tree of Savior is planned to have an EVERYONE rating.

Q: What is your overall opinion of the game?

Mir: It was fun. Great! Excellent! I can’t wait to play again!

Mana: As someone not that familiar with MMO’s I really enjoyed it. We are grateful to have had the opportunity to be part of the first CBT. I’m look forward to playing again. And that’s it from us. I hope you enjoyed reading our thought’s and opinions.

Let’s meet again when Tree of Savior goes live. If you have any questions we will keep trying to answer them.

There are "11" Replies. Join the Discussion!