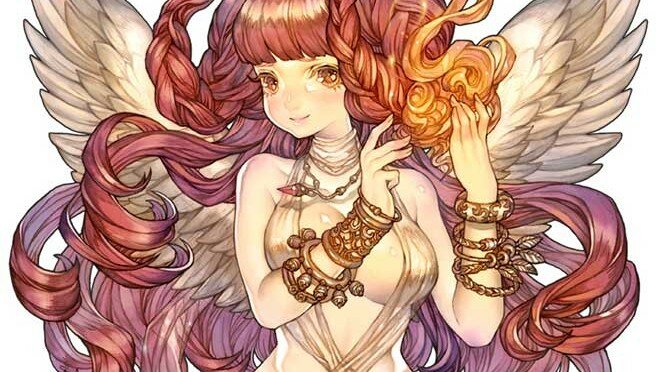 I am SyKim from TOS dev team. First of all, I would like to say “Thank You” to all of you who had participated the first CBT (CBT1) and shown us a huge interest during CBT period. We were able to verify the problems that are currently present in the game and also get some ideas for our future development direction.

I answered some of the most frequently asked questions after CBT1 briefly.

Since our fans outside Korea were not able to participate the CBT, some of the questions may not be clearly understandable for you at the moment so please just read them casually.

Q) Right now, the game can be only played by the keyboard. Do you have any future plans to include mouse control as well?

A) In fact, that was the most debated topic inside our Dev team, and at one time, there was a suggestion to make controls different for each class.

We tried several different versions, but none of them were well suited for TOS since characters’ directions of sight are very important in the game. Therefore, we concluded that all classes will be played by the keyboard. We do not have any future plans to add mouse controls.

However, for the next CBT (CBT2), we will try our best to make the game compatible with the gamepad.

Q) Why is Stamina system in the game? What’s its use?

For example, there’s a skill called Shield Charge used by Rodelero which you will use while moving. The skills like this will get influenced by the amount of Stamina you have.

Stamina will also be consumed when you are controlling your companions so eventually Stamina will be another parameter that you will have to manage in the game.

Q) When a class which uses dual-wield swords changes its job to a class which uses a spear, I am not able to use the skills that the previous class used to have and the changed class does not feel stronger. The same goes for Wizard type classes. Is it going to be like this in the future?

A) The reason why there are distinct skills depending on which type of weapons you equip is to express each weapon’s uniqueness. Also when you are in PVP situations, you can guess what kind of skills your enemies will use. Since some people feel uncomfortable about this, we will add swap feature which you will be able to change your weapons easily.

Q) Do you have any future plans to add voices to each character?

A) The voices that are currently available in the game were worked for CBT1. We will do recordings for the voices again based on the feedbacks that we received after CBT1.

Q) Why are boss monsters so easy?

A) There were two problems. First, we misadjusted the game’s difficulty levels. We were trying to make the game easy in the beginning phase so that more people could adopt the game quickly and meet harder bosses as they progress through the game. However, lots of testers adopted the game pretty sooner than we had initially expected.

The other problem was that many of the bosses’ patterns were not functioning as we designed during CBT1. We found the underlying causes for those malfunctions and fixed them so the bosses will be different in CBT2. Also, during CBT1, boss monsters telegraphed the locations where they will attack in advance, but this function will gradually disappear as players progress in the game and only Oracle (the class which foresees the future) will be able to see where monsters will attack.

Q) I know that there are already lots of classes that are disclosed to the public, but are there any other classes that have not been disclosed?

A) Yes. I think we have more classes to be disclosed. For example,

There are a few classes in TOS that are able to change their stances by wearing a mask. Plague Doctor is one of them.

It involves in your allies’ or enemies’ abnormal status or use a skill that purifies polluted areas.

Q) What was the maximum level that players could reach in CBT1? It seemed there were lots of territories in the game…

A) There was no limit on the levels. However, we just included the quests and the other contents up to 4 Rank. The number of territories that were included for CBT1 was about one fifth of the OBT version.

Q) When I looked at the client, BGMs were included as MP3 files. Can I copy them and give them to my friends?

A) You can give them to your friends as long as you and your friends don’t use them for commercial purposes. But, some of those BGMs still need be balanced and go through Mastering process. Also some of them may not be completely worked at our side. It will be better to use them when you have the client for CBT2.

Q) There was a BGM called “O Deive” in the game during one of the boss battles. What is the language in this music and what is the meaning of the lyrics?

A) Sevin, who is the chief sound director of TOS, composed the music and Jung Hyun Jin from our Dev Team wrote the lyrics. Martinas, who gives us advises on Lituanina settings in TOS translated the lyrics. Soprano Ji Young Kim and two Lituanians, Christina and Arnoldas, did the vocals. If we get a chance to produce OST CDs for TOS in the future, we will also try to add the music score that has the lyrics in it.

Q) Can we name our party? So we can easily search for it?

Q) Are you planning to add party quests or boss monster raids in the future?

A) We observed closely how testers play each other in “Party Events” during CBT1 and we are planning to emphasize this feature during CBT2. Besides hunting for bosses, we will try to add various missions and quests.

Q) I hope there are more diverse types of Companions in the future.

A) Right now, there are only two Companions that are purchasable at Klaipeda. We will add more Companions in the future that will be distinct in each village.

Q) Please give us options to change characters’ eye colors or hair colors.

A) We already have a feature to change eye colors or hair colors of characters in the game. But instead of making them possible when selecting a character, we want players to obtain them in the game.

We hope for your understanding for this since we believe that players will be more affectionate to their characters when they become unique and distinct from other players’ characters after a long period of playtime instead of just allowing diverse customization options from the beginning. 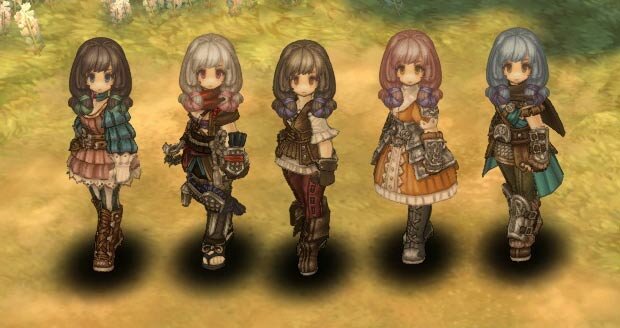 Q) I want to know when your next CBT schedule is going to be.

A) We already started to prepare for the next CBT, and probably we will open up to Rank 6 classes for the next CBT. The detailed schedule has not been set, but I think it will be around this spring.

You probably have seen her if you reached the highest level of The Magicians’ Tower during CBT1.

There are "58" Replies. Join the Discussion!